A Map of the Future: Bruce Springsteen’s “Darkness on the Edge of Town” at 30

(In 2008, the Friends of the Springsteen Collection at the Asbury Park Public Library asked me to write a piece for their website commemorating the 30th anniversary of “Darkness on the Edge of Town,” originally released June 2, 1978. Here is that piece as it appeared on the Friends website. Eventually, the piece was published with updates in 2012 in Eric Meola’s book “Streets of Fire: Bruce Springsteen in Photographs and Lyrics 1977-1979” (It/HarperCollins).
Joyce Millman Writes: Personal blog of Joyce Millman Link to Story

I'm the Fun Mom on this Migraine Commercial and I'm Begging You, Please Kill Me

As the busy single mom of a precocious eight-year-old daughter, I can’t afford to lie in a dark room all day trying not to vomit from the skull-crushing pain of frequent migraines. It’s my job to be there for my daughter, all day, every day. In the past, I would push through migraine pain. When my daughter looked up from her coloring book and asked me, “Mom, are you okay to play?”.
Points in Case Link to Story

Bruce Springsteen’s new solo record “Western Stars” puts us inside the heads of lonely men adrift in an American West so picture-perfect it might as well be a movie set. Springsteen’s characters here are all variations on a dusty-booted theme: A wayfarer hitch-hikin’ down the highway; an aging movie stuntman with a steel rod in his leg; a has-been Western movie actor downing raw eggs before shooting a Viagra commercial.
The Mix Tape: Personal blog of Joyce Millman Link to Story

Welcome, Mortal Woman with the armload of bedazzled, bell-sleeved peasant blouses! Enter and be judged! Stand under the dank lighting in my Macy’s cubicle and bare your flaws to me in triplicate! For there shall always be flaws. An unexpected stomach pooch. A jiggling upper arm when you had been certain the weight training was working.
The Belladonna Link to Story

Let’s not speak of Aretha Franklin in the past tense. Let’s speak of her in eternals. The sun and the rain, the earth and the sky, love and faith, sorrow and perseverance. Aretha embodies all of those things and gives them voice, a rich, supple voice flowing with humanity. It’s among the two or three greatest voices popular music has ever known.
The Mix Tape: Personal blog of Joyce Millman Link to Story

The car door slams, Mary’s dress waves. Like a vision she dances through the automatic doors as the in-store radio plays… Taylor Swift, it’s always Taylor Swift. I think they have her on an endless loop. Did you know Bed Bath & Beyond sells albums now? Neither did I, until I woke up on a shelf here one day, shoulder to shoulder with the soundtrack to the animated movie Trolls.
McSweeney's Link to Story

6:00am: Up and at ’em, Maxine! Time to get these 78-year-old bones moving! Trump’s ass isn’t gonna kick itself. 7:00am: House gym. Six miles on the bike, 15 minutes of jump rope, then I put on the gloves and do some heavy bag work. Got to get in shape for the fight of my life. Impeaching Trump is going to be tough, no doubt about that.
The Belladonna Link to Story

My friends, do you toss and turn all night, or wake up in the morning with aches and pains? These are the signs that you need a new bed. I am Don Corleone, founder of Mattress Godfather, the capo di tutti capi of the Five Families of Mattress Retailers. At Mattress Godfather, you always get the best deals in the Tri-State area, but this weekend will be extra special.
McSweeney's Link to Story

My Salon piece on the end of "Seinfeld," and how the show about nothing changed TV.
Salon.com Link to Story

When we last saw New Jersey Mafioso Tony Soprano (James Gandolfini), he and his wife Carmela (Edie Falco) and teenagers Meadow (Jamie Lynn Sigler) and A.J. (Robert Iler) were huddled around a table at the red-sauce Italian restaurant run by Tony's boyhood pal Artie (John Ventimiglia), taking refuge from a howling rainstorm and a power failure.
Salon.com Link to Story

TELEVISION/RADIO; The Gentle World Of a Joyful Sponge

WHO lives in a pineapple under the sea? / Absorbent and yellow and porous is he!'' That's the opening of the theme song to ''SpongeBob SquarePants,'' the frisky Nickelodeon cartoon series that's the second-highest-rated kids' show on television. According to Nielsen Media Research data, a third of the show's viewers are adults -- and if those adult viewers are anything like me, they can't resist a show with the words ''absorbent'' and ''porous'' in the theme song.
The New York Times Link to Story

To Burt with love

to appreciate just how much Burt Bacharach and Hal David contributed to the canon of pop love songs, imagine a radio station's Valentine's Day playlist without their input. To name a few. Bacharach and David are the greatest love-song writers of the pop era (although they did occasionally turn out the odd -- sometimes very odd -- movie theme, like "Raindrops Are Fallin' On My Head," and the stray protest song, like the anti-war ballad "The Windows of the World").
Salon.com Link to Story
View More Stories

Political satire and other funny stuff has appeared on McSweeney's, The Belladonna, Points in Case, Robot Butt and The Toast.

Blogging about music, TV and pop culture from a personal view at Joyce MillmanWrites 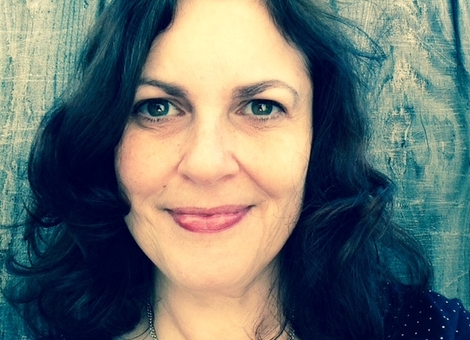